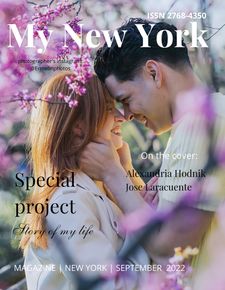 The 21st century is a time of change. This is what various mass media often tell us about. We live in the era of new technologies, we strive to learn something new and our society tries to solve every problem in a civilized way.

But in reality, everything is far from the case, and one can disagree with the last statement. Until now, many countries have not made a single step forward in the fight against corruption and many other crimes from which civilians suffer. Today it is simply not accepted to talk about it. Better to just keep quiet. This is the only way to avoid all kinds of problems. Arbana Xharra is not one of those people who can stand on the sidelines. During her career, a talented journalist from Albania was able to solve many cases. 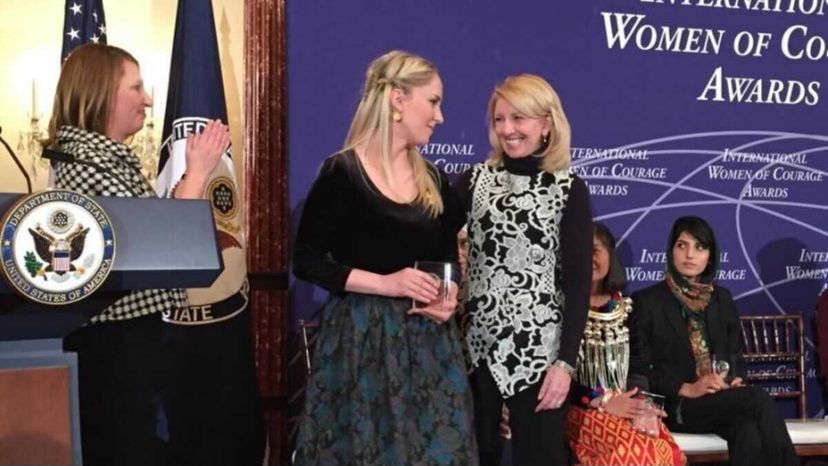 At the age of 17, the girl knew well what war was. She saw people being killed in the streets. It was after this that Arbana Xharra decided to become a journalist. The girl was trained at a private journalism school, which was headed by the editor of the country's largest newspaper Koha Ditore. During her internship in Koha, 18-year-old Arbana interviewed a construction foreman in his office trailer about the lack of permits. The man offered the girl a bribe and tried to get her to take the money.After a while, this story may seem the most harmless. There will be many more unpleasant moments ahead.

In 2008, the celebration of Kosovo's independence turned into a scandal. The girl learned that one million euros was allocated for the holiday. This money was supposed to go to the salaries of employees, as well as for celebrities and decorations. Only everything turned out quite differently. All employees and stars worked for free. Despite their best efforts, Arbana has failed to change anything.
At that time, the girl worked as the editor-in-chief of Zeri (one of the largest and independent media outlets in Kosovo). The girl was leading a business column.

Xharra has written about corruption. This very annoyed local officials and they repeatedly threatened to send the girl and her reporters to jail. 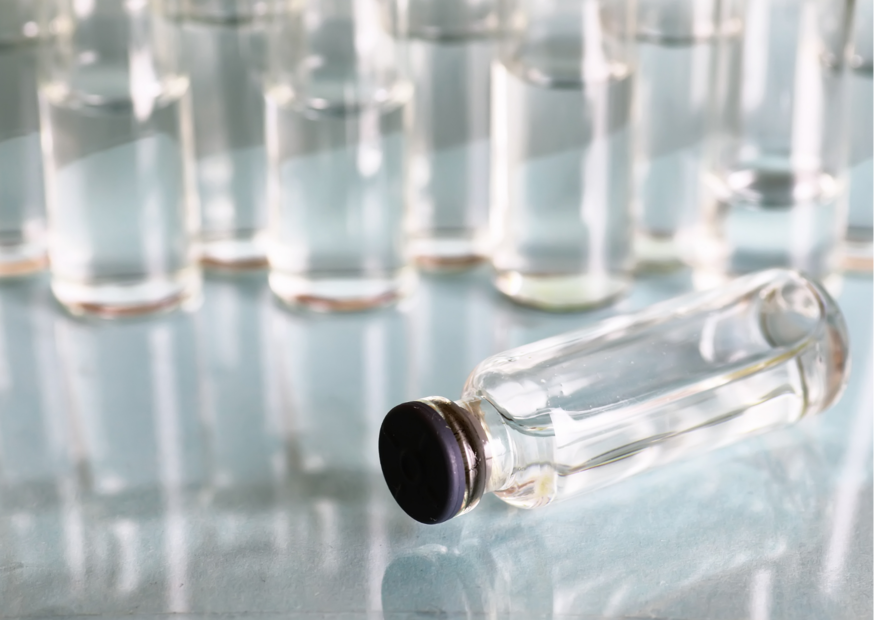 In her desk drawer, Arbana kept bottles of clear liquid with a Serbian labels. It was supposed to be medicine for the children. After testing, it became clear that this is a placebo. Serbian pharmaceutical companies very brazenly deceived doctors and patients.
Xharra assumed that the war between ethnic Albanians and Serbs continued.

As time went. Arbana won a grant in 2012. This helped her to get closer to a new stage in her life. Arbana began writing about young women from Kosovo who fought on the side of ISIS. Once, for an article, the girl took her son with her so that she was seen as a mother, and not an enemy. Xharra has conducted more than eighty interviews with people who were related to Islam.These were also the parents of the ISIS fighters. A little later, the well-known newspaper "The New York Times" published an article with the headline "How Kosovo was Turned Into Fertile Ground for ISIS". Xharra was invited to various Albanian TV channels. At the same time, threats appeared on the girl's Facebook account. Unknown people wrote: "We will rape and burn you, your house and your family." The girl was urged to stop conducting "propaganda against Muslims." But Xharra didn't want to give up. In this case, all her work would be in vain. Religious leaders and the government called the girl Islamophobic. She was accused of working for the United States and Israel. 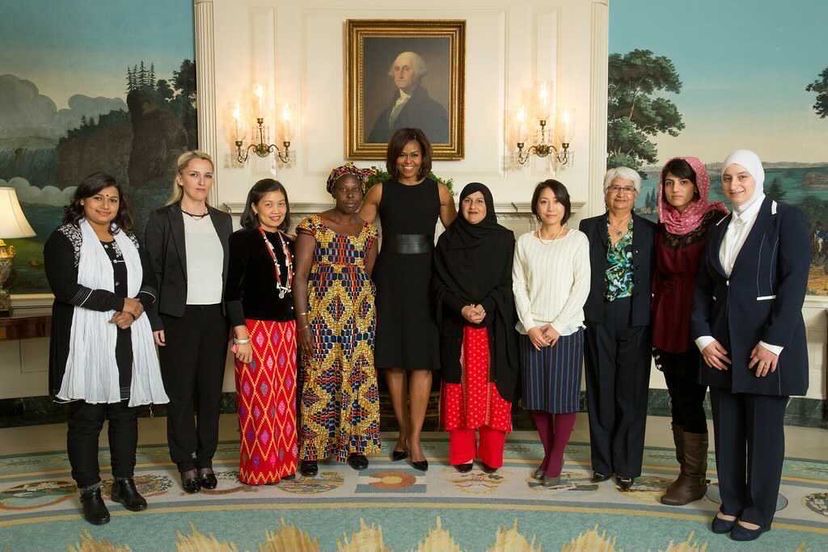 The number of threats on social networks has reached its maximum. Shortly thereafter, the US Embassy drew attention to this. Ambassador Tracy Lee Jacobson nominated Jarrah for the 2015 Women of Courage Award. Arbana flew to Washington and thus gained even more popularity. The girl's posts on social networks gained a huge number of likes and views. Many readers stopped the girl on the street and thanked her. But the hatred for Arbana also grew. In one of the messages, Xharra received a photo of a decapitated body. And in 2017, vandals painted crosses near the door of the apartment.

A little later, unknown people reported that they knew where the girl lived. Arbana became worried and asked the police for help. The police station did not attach much importance to this.
In 2017, Xharra began discussing the creation of an anti-terrorist bureau with government representatives. At that time, she had good experts in the United States and Europe.
Arbana left the post of editor and joined the party.
Three days later, the girl was attacked. In the parking lot near her house, several men beat Arbana.

A good moment was chosen. There were no guards near the girl, and her son and family were celebrating birthday upstairs.
Later, Arbana will tell that she did not feel pain at the time of the attack. Terror gripped her. That very night, on the pages of various publications, you could see a lot of photos of a beaten Xharra in a hospital ward. The girl was not thinking clearly at that moment and does not remember who took these photos. 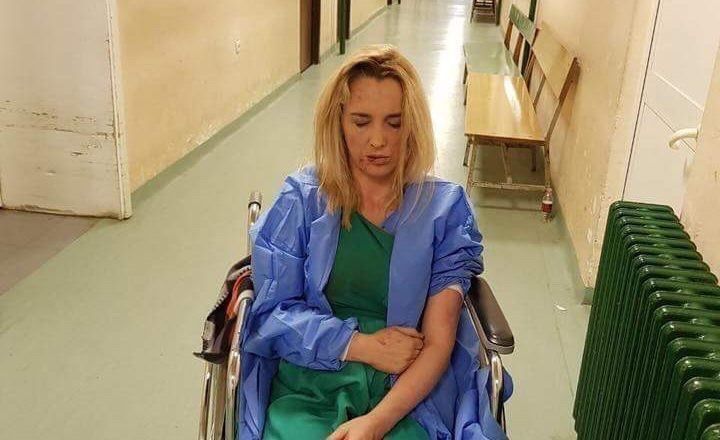 Then the attackers were never found. Four years later, the police refuse to provide any papers on the results of the investigation. It could be said that the investigation has reached a dead end, but this is not so. Most likely, some important persons were involved in the case. This is the only reason why the police and the prosecutor's office are so reluctant to make contact.

A few months after the attack, representatives of «Freedom House» contacted Arbana. This gave her money to move to the United States. A little later, a representative of the intelligence community told the girl that an Albanian terrorist living in Germany had threatened her over a tapped telephone line.

This threat seems much more serious than fake news and negative comments.

There are times when Arbana treats itself with criticism. But still the girl is still determined and true to herself.

For reference:
From 2013 to 2016, the police received 62 reports of threats and attacks against journalists.
People were beaten, tried to kill, or simply damaged their property.

Such behavior in the 21st century cannot be called normal.